Written by Patricia Milton
Directed by Gary Graves
Produced in: 2016

Did you know that palm oil can be found in more than half of all processed goods worldwide?

A small Southeast Asian island is invaded visited by a gang of land grabbers a team of corporate negotiators intent on expanding a palm oil plantation. When a company rep goes rogue and joins the local rebel resistance, Viola Wells takes charge as Lead Negotiator. While fending off the unwanted advances of a corporate teammate, “Vi” must come to terms with the true nature of her employer: multi-national conglomerate, Empire Holdings, Ltd.

This production is also made possible with the generous support of the Actors Equity Foundation, City of Berkeley Civic Arts Grants Program, RHE Foundation, and Wilder Green Art Fund. 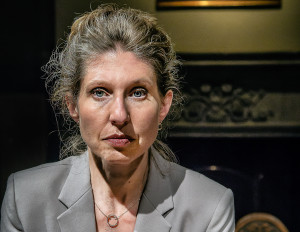 Empire Holdings negotiator, Viola Wells (Freida
de Lackner), wants to make a “clean deal,” and she
will stop at nothing to get it in Central Works’
production, Hearts of Palm by Patricia Milton. 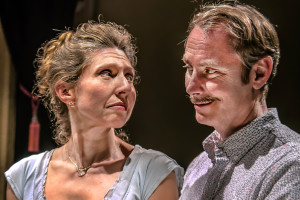 Strap (John Patrick Moore*, r), is carrying a torch for
his colleague, “Vi” (Frieda de Lackner, l), and hopes she
will have a change of heart in Hearts of Palm by Patricia Milton. 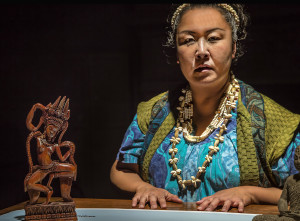 The Empire team must negotiate with the Marititu
governement official, Ni Bethu (Michelle Talgarow) –
does she have something up her sleeve? 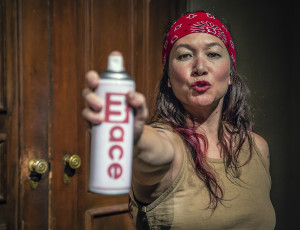 “Hearts of Palm is a winner!” -T. Grove, The Urban Hiker

“…there’s a sinister sweet spot between the darkly comic and the genuinely frightening” -A. Brinklow, Edge Media

“…engaging, well-performed by the cast and solidly directed…And if it inspires anyone in the audience to pay more attention to domestic companies’ shady practices abroad, so much the better.” S. Hurwitt, SJ Mercury News

Read how the Girl Scouts took on Kellog to make their cookies with only deforestation-free palm oil – and won!