Written by Sally Dawidoff
Directed by Gary Graves
Produced in: 2014

A new play by Sally Dawidoff based on the acclaimed novel by National Book Award winner Ha Jin, about a young scholar coming of age in Communist China on the eve of the Tiananmen Square massacre.

When the venerable Professor Yang suffers a stroke his student Jian Wan is assigned to care for him.  But when the professor begins to rave like a madman, the student is thrown into a quandary:  are these the outpourings of a crazed mind, or is Yang speaking the truth – about his past, about art, about how to live a meaningful life?

This spring marks the twenty-fifth anniversary of Tiananmen Square. The Crazed joins commemorations around the globe.

“A work of enormous intelligence.  Piercing, critical, but leavened by Jin’s understated prose, The Crazed is a substantial addition to the corpus of a great author.”—San Francisco Chronicle

O sacred public square, belonging to us all— You are vast and wide open, like the future.—by Sally Dawidoff, The Crazed

This production is made possible with the support of the Zellerbach Family Foundation. 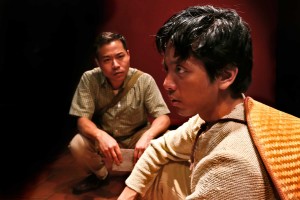 Jian Wan (Will Dao) encounters Hao (Louel Señores)
at a remote mountain village in The Crazed. 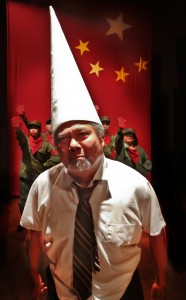 Randall Nakano* as Professor Yang, being forced
by the Red Guards to wear a dunce cap in The Crazed. 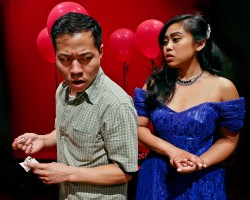 Will Dao as Jian Wan and Carina Lastimosa Salazar
as Meimei, his recently estranged fiancée  in The Crazed. 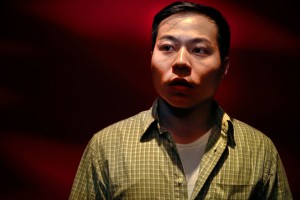 Will Dao as Jian Wan, a young scholar
coming of age in Communist China
on the eve of the Tiananmen Square massacre.

5 Stars! “…with The Crazed the company has happened on a compelling combination of script, cast, direction and content that makes for a memorable and inspiring performance.” C. Kruger, TheatreStorm

Op Ed by Ha Jin in the New York Time: Exiled to English 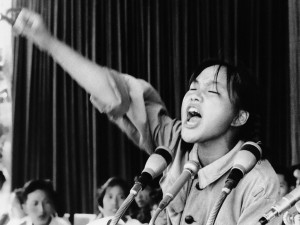 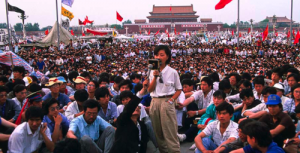