MISSION
Central Works’ mission is to develop and produce new plays for the theater.

VISION
We are building a community where our commitment to new plays and civic engagement flourish together. 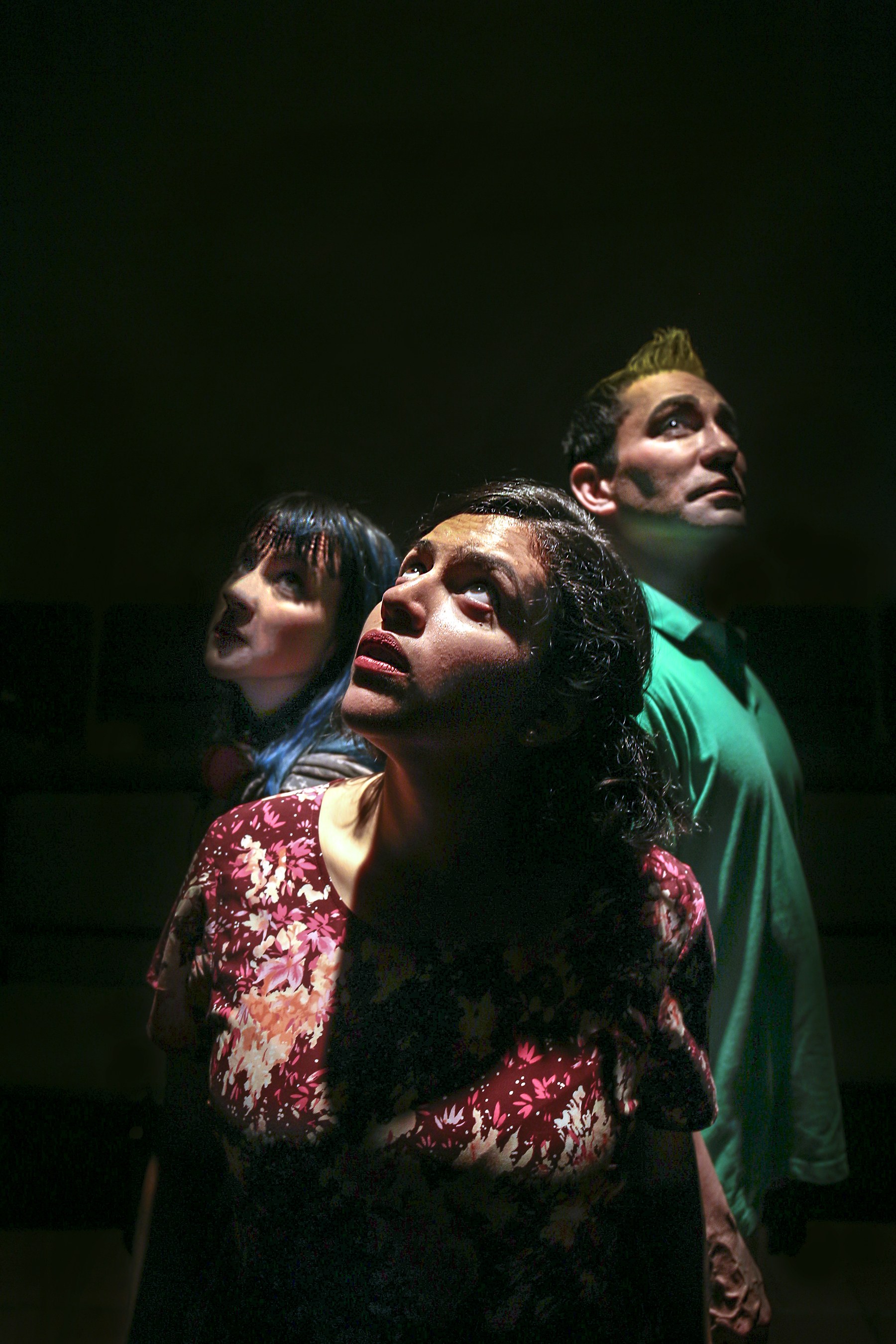 “Central Works is a gem-like Berkeley institution that goes on renewing itself,” Berkeley Daily Planet.

For the past 3 decades, Central Works has played a vital role in its community; we support local artists while bringing affordable, provocative world premiere plays to Bay Area audiences. Now in our 33rd season, we develop challenging new works by local playwrights. Each season, 60 or more artists, workers and volunteers participate as we perform for approximately 4,000 patrons in our unique 50-seat home at the Berkeley City Club.

Central Works fills a special niche for theater artists in the San Francisco Bay Area. We produce more new plays by local playwrights than any other company in the region. Having established a distinctive environment equally inviting to writers, designers and performers, our goal is to create a unique theatrical experience for artists and audience alike.

“Thought provoking theater not to be missed!” – SJ Mercury Times

At Central Works, we take risks. We fearlessly embrace edgy, controversial issues. We are committed to developing and producing challenging new works with talented local artists and ensuring fair compensation to our workers, while maintaining affordable admission prices. We are “The New Play Theater.” 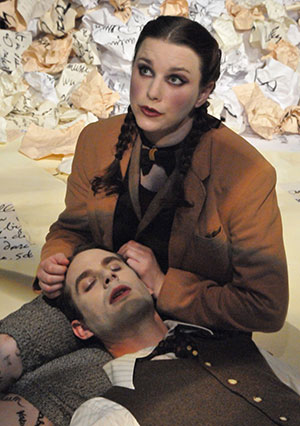 This website was made possible with the generous support of:

Central Works produces new plays utilizing three basic strategies: (1) some plays are developed using the Central Works Method, (2) some are developed in the Central Works Writers Workshop, an ongoing commissioning program where twice a year, in 12-week sessions, 8 local playwrights are selected to develop projects through informal readings and carefully directed discussions, and (3) some come to the company after being developed elsewhere.

The Central Works Method is a method of collaborative play development. Though only one writer, the playwright, actually does the writing in this method, all the “collaborative partners” (the director, the actors and a few others, in addition to the playwright) are involved in the development of the script from its inception.

THE POINT OF DEPARTURE: We begin with a story, a “foundational narrative” of some sort. It can come from anywhere: a myth, an historical event, an existing short story, a classic play, any source. The writer proposes a story he or she wants to treat in the form of a play. We agree on a director. We set an opening date for the production, and we’re off. The director assembles a cast. The whole team—writer, director, actors (and maybe a few others, like our resident sound designer, Greg Scharpen)—the whole team assembles for the first workshop.

WORKSHOPS: There are ten 3-hour workshops, spaced out over approximately 6 months (sometimes longer, sometimes shorter); this is the development phase of the project. In these ten workshops, we begin by collectively researching the subject matter, we brainstorm, we problem solve, we analyze the issues involved, we uncover themes and related ideas. We follow the news. Everyone brings in anything of interest: books, articles, DVDs, music, personal experience, special experts or guests who might be able to attend workshop meetings, maybe even a field trip!—anything related to the subject matter in any way is welcomed into the formative mix.

SCRIPT SESSIONS: At some point in the workshop schedule, usually around the fourth or fifth meeting, the playwright begins to bring written material into the group as the script evolves. The developing script is read  around the table, and the group discusses the material in dramaturgical terms. What seems to be working? What doesn’t? And why? We reason it out together. More brainstorming.

THE WORKSHOP DRAFT: The minimum objective of the workshop process is a complete first draft of the play by the last meeting. Sometimes playwrights complete second, third, or even subsequent drafts before the last workshop. Sometimes they don’t. But nothing has a way of focusing a playwright’s imagination (the entire partnership’s imagination) like an opening date. The fact is, you never really know what you’ve got with a new play till you open it. And run it.

THE RUN: There is no substitute for the crucible of rehearsal, opening, and run, when it comes to new play development. You need to see the play grow and settle in performance before you can tell what it really is, how audiences react to it, where it still needs work, and when you’ve got a hit on your hands. This is just one way to make a play. It takes a special set of circumstances, and, above all, a very special team. But we’ve had a lot of success with it. 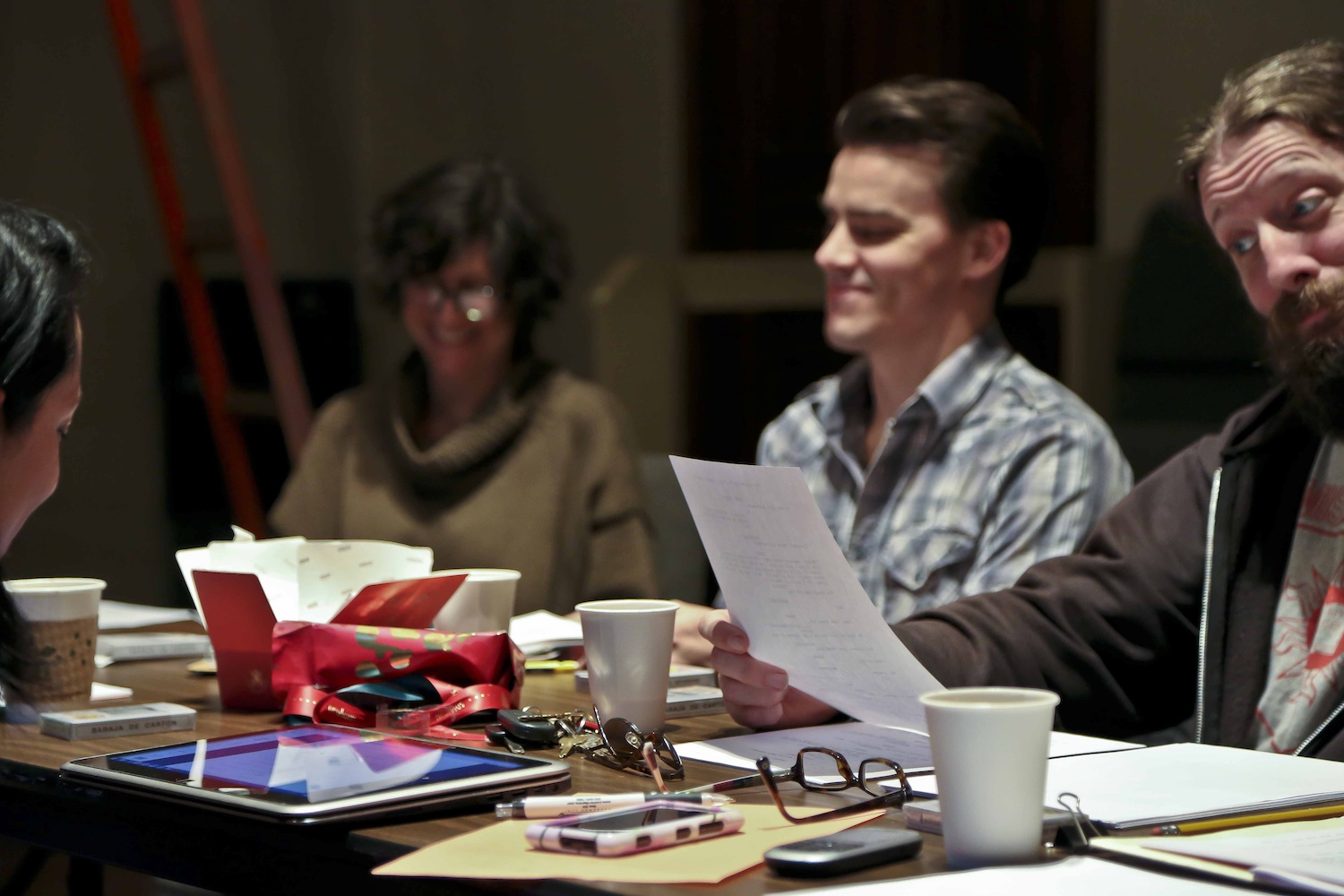 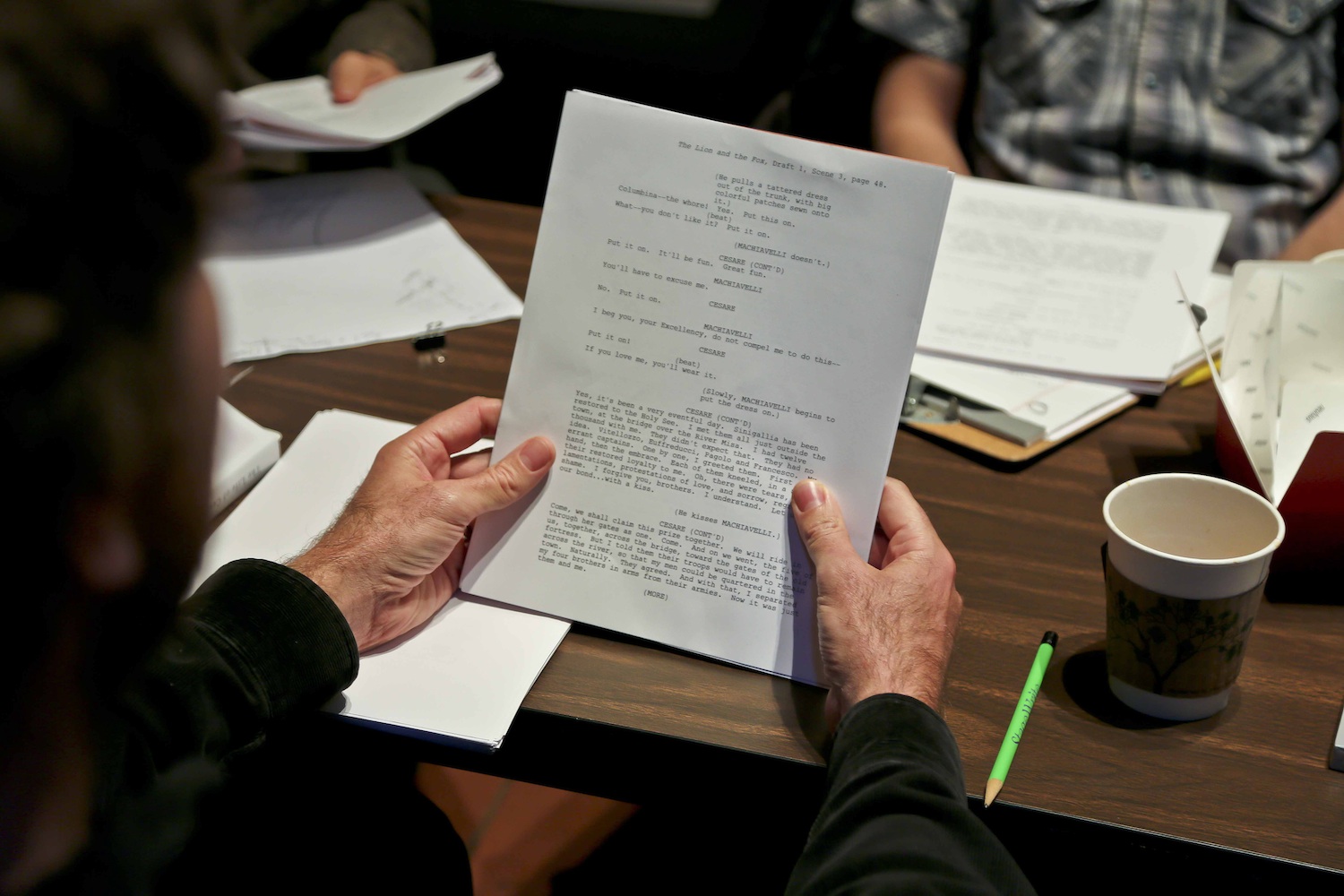 Since 2012, twice a year, in the spring and fall, Central Works’ preeminent developmental workshop has invited 8 playwrights to develop projects together in a 12-week structure of weekly readings and discussion.  The company has produced 18 world premiere productions of scripts originally developed in the workshop.  This summer we’re adding a third annual session to the schedule:

The structure provides playwrights with a series of deadlines for presenting work, and a supportive group of writers who respond thoughtfully and constructively to the developing work.  Limited to 8 writers.  By Application.  There is no cost to participate.

If you would like to join the Summer 2023 Workshop, beginning May 6, contact Gary Graves gary@centralworks.org to apply by April 3.  Invitations to join the workshop will go out on April 8.

The Writers Workshop at Central Works is committed to supporting writers from a diversity of cultural backgrounds.

GARY GRAVES is a director and playwright living in the San Francisco Bay Area.  Since 1998, he has been a company co-director at Central Works in Berkeley, California, where he has overseen the development of over 65 world premiere productions.  He holds an MFA in Playwriting from Southern Illinois U., a Ph.D. in Dramatic Art from U.C. Berkeley, and he has been teaching playwriting at the Berkeley Rep School of Theatre since 2002. 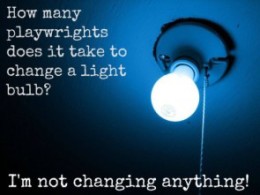 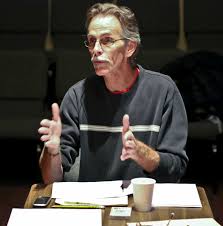 If you’d like to be a part of the development and production of a new play at Central Works, give the Central Works Method a careful read, and then send us your picture and resume at centralworks1@att.net or P.O. Box 9771, Berkeley CA 94709.  We’ll keep your materials on hand for consideration in future projects.

We’re always looking for writers.  But please don’t send us a script you want us to produce.  If you’re an experienced playwright, and you think you might like to develop a play with us, give the Central Works Method a careful read, and then contact us at gary@centralworks.org with a proposal.

Would you like to be a part of Central Works?  We always need volunteers to help in the box office, ushering, or ESPECIALLY at our mailing parties.  Just contact us and let us know how you’d like to help. 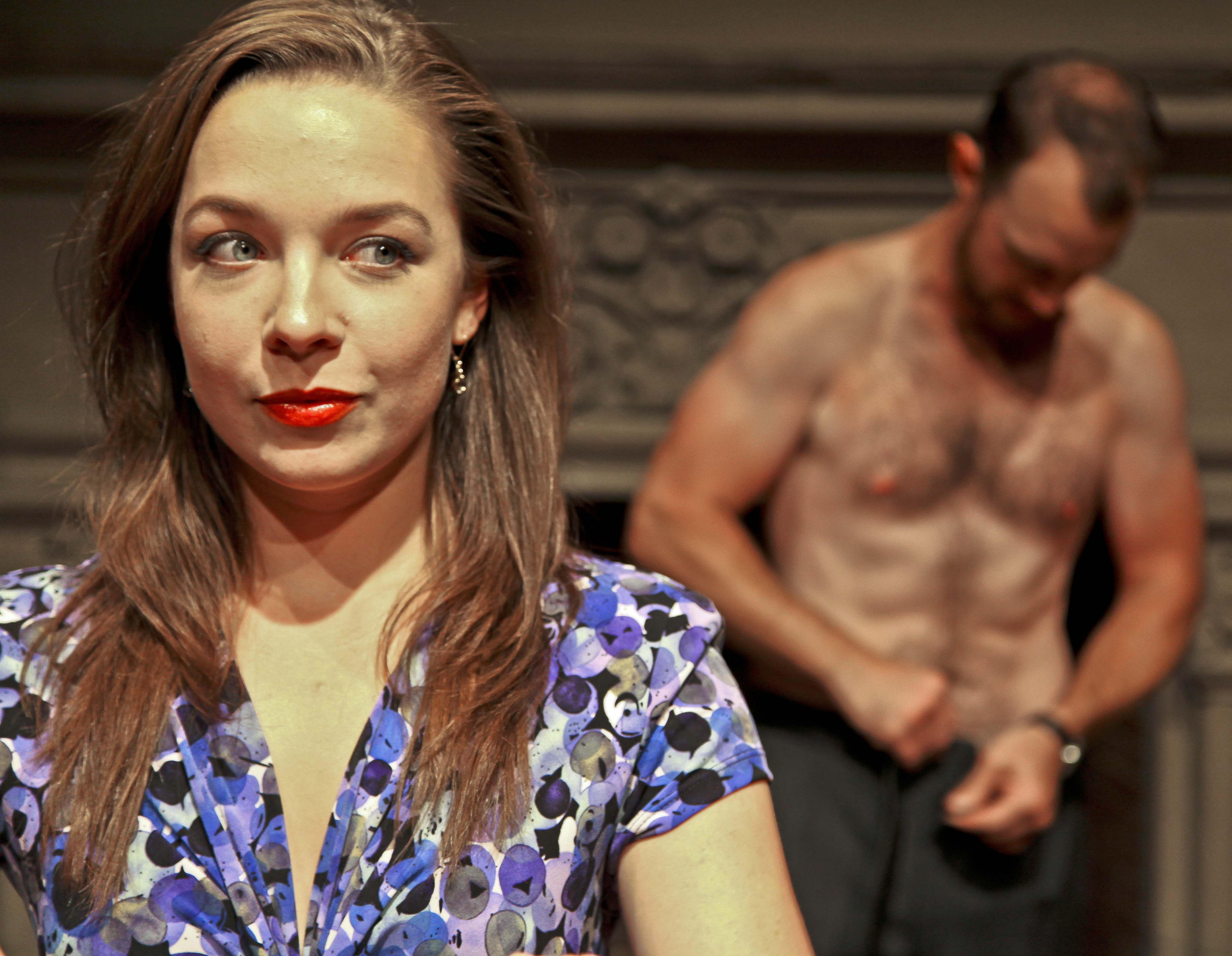